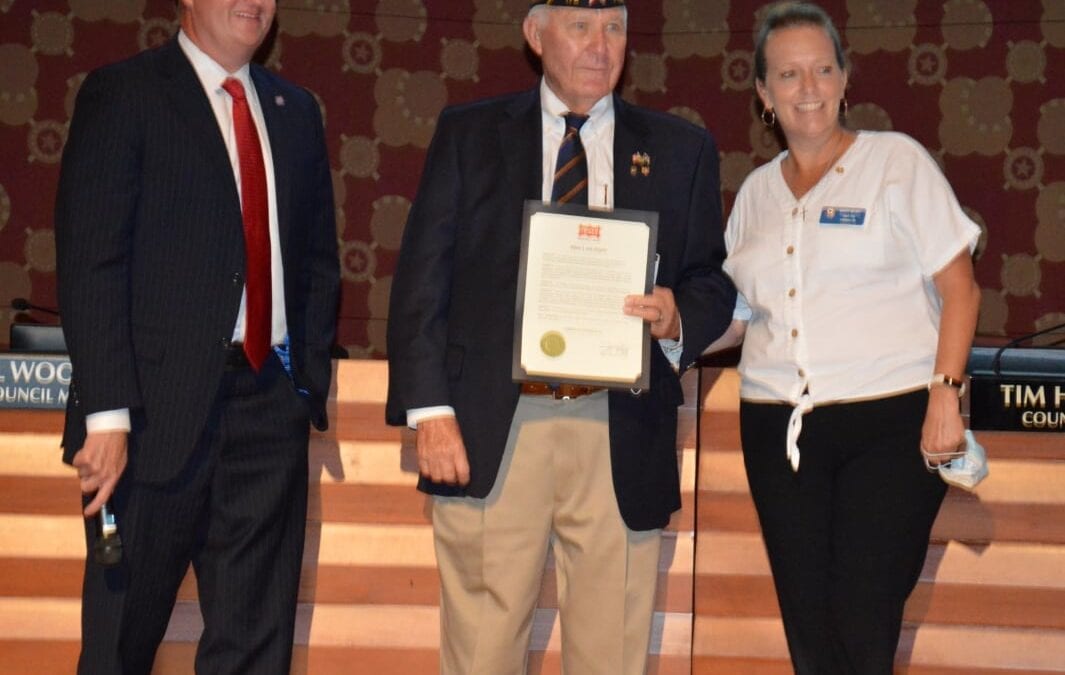 The American Legion celebrated its 101st anniversary on Wednesday, September 16, 2020.  To honor of the anniversary, the Peter J Courcy Post 178 was recognized for its contributions to the city at the Frisco City Council meeting on September 15, 2020.  A proclamation from the city was presented by Mayor Jeff Cheney to Fred Rogers, Post 178 Commander.  Also attending the presentation was Mary Bush, the mother of Peter J. Courcy, the post’s namesake.